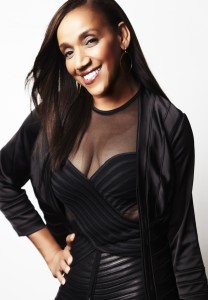 Hailing from the Philadelphia area, Kathy Sledge is the signature voice and the youngest of five sisters, Carol, Debra, Joni and Kim, who have performed as SISTER SLEGE. As a solo artist, Kathy Sledge is an American singer who has had several hits on the International Pop and Hot Dance Music/Club Play chart, including "Take Me Back To Love Again," which hit #1 in 1992. She is the granddaughter of former opera singer Viola Williams, and daughter to Florez Sledge and former Broadway star Edwin Sledge of dance-tap duo "Fred and Sledge". As  the main lead singer of Sister Sledge, one of the biggest acts to emerge from the disco era, her voice can be heard on many hit singles including:  "We Are Family", "Lost In Music", "He's the Greatest Dancer", and "Frankie". In 2013, Ms Sledge signed as a solo artist to the new Pacific Electronic Music record label formed by club DJs, Aristafreaks, and currently under the direction of  Jerry L. Greenberg (former President of Atlantic Records). She currently performs around the world with a show that incorporates her classic Sister Sledge hits with recently recorded material. In addition to her contemporary music recordings and shows, Ms Sledge is presently launching a tribute to iconic jazz singer, Billie Holiday, entitled A BRIGHTER DAY, which is set to premiere in August of 2014.