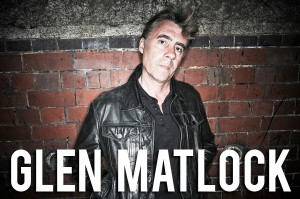 Glen Matlock is one of the most respected, if underrated British musicians. In a career that has spanned over thirty years, Glen has made indelible contributions to music as the original bass player with The Sex Pistols, formed the underrated Rich Kids, worked with a variety of artists ranging from Iggy Pop, fellow original School of '76 Brit Punk Rockers The Damned, through to neo-rockabilly singer Robert Gordon, whilst pursuing his own musically distinctive direction where melodic and inventive rock music thrives. To cap it all, 2010 sees Glen release a brand new album “arguably the finest to bear his name“ in the shape of Born Running, as well as taking the coveted bass playing role in the reformed Faces.