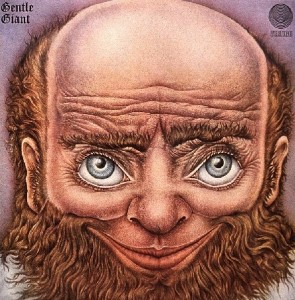 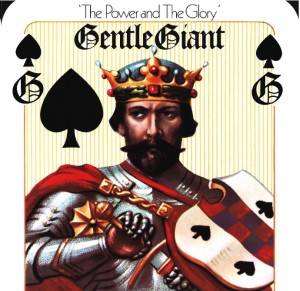 The Music of Gentle Giant Returns

With An All-New Expanded

The Power & The Glory.

Progressive and classic rock fans rejoice: the Giant has returned with an all-new expanded version of its legendary album, The Power & The Glory.

To celebrate the 40th Anniversary of its landmark progressive rock album, The Power & The Glory, the members of Gentle Giant have worked together again to release an expansive version of the iconic musical work.  Scheduled for release July 22, 2014, on the band's own  Alucard Records (Distributed by Caroline/Universal ), the expanded edition of The Power & The Glory with be available in several configurations including:  An  expanded CD edition; a 5.1 Surround sound CD version; a brand new blu-ray video version featuring visual companions to each recorded track; and vinyl LP version. The release will include a brand new mix done by producer/ Porcupine Tree guitarist, Steven Wilson; as well as the original 1974 mix. In addition, all versions include a bonus track.

"I think the period between 'In a Glass House' , 'Freehand' and 'The Power & The Glory' saw the maturation of the band and the integration of the individual musicians style of music into the sound of what became the sound of Gentle Giant," says Derek Shulman, singer and instrumentalist with the band from its inception to its end.  "I am very grateful that the music we produced still has some meaning for fans of our music 40 years after we composed and recorded it. I think the fact that we were very self absorbed in pushing the bounds of our own our musicality has left some kind of legacy, albeit for ourselves."

Fans of the iconic British band are already excited to hear the new mix of the legendary album, done by Wilson.  Having just finished re-mixing the Emerson Lake & Palmer catalog, and currently working on solo projects outside of Porcupine Tree, Wilson's mix presents the recording with a sharper, brighter and meatier sound.

Says brother Ray Shulman: "It was great to find out he was a fan of Gentle Giant and really wanted to get involved. I like the way he pays respect to the past but, using today's technology, probably gets closer to the intended result. His 5.1 mix really shows off some of the more intricate arrangements."

It was Ray, who has worked for the last 30 years in video production, who came up with the stunning visual collection to accompany the songs on the record.  The unique video images make up the blu-ray and are intended to be viewed while the 5.1 surround sound mix is playing.

"This is very much the work of dear Raymond who being so compositionally aware of the mood and structure of the songs has shown great sensitivity in the visuals," says Kerry Minnear, who played keyboards and other instruments with the band. "The visuals build and climaxes; solos and sadness are all enhanced in a really thoughtful way. I'm grateful for the time he's put in to create things and then get them timed right so that the audio and the visual impact together."

Written by the band as a "concept album of sorts," the 1974 release (originally issued on Capitol/ EMI) shows the impact of when individuals gain power and how that power, ultimately, corrupts them.

Describing the music that is The Power & The Glory, however, is not an easy task. Covering a myriad of styles and tempos, the album sounds as if rock, jazz, folk and classical music all collided on a super highway intersection. The result is one of the most compelling and alluring records of that era.

The record, and Gentle Giant as a band, has cast a long shadow of influence over many of today's contemporary artists, among them, The Roots' QuestLove, Jethro Tull and Dream Theater.

"It is gratifying to think that you may have inspired another musician's creativity in some way but I'm not sure that we 'own' any of the techniques we blended to make our music," says Minnear. "However, Jordan Rudess of Dream Theater once mentioned to me that his mother had him lined up to be a concert pianist but he was  corrupted from this path by Gentle Giant's music. I think he may have been joking!"

The expanded version of The Power & The Glory has been designed to give the Gentle Giant fan a whole new listening and viewing experience for the music that has become so near and dear to their hearts. "It is great to see the reissue," says drummer John Weathers. "As far as I am personally concerned it was one of the best Giant albums.  The subject matter and the fact that it had a definite thread running all the way through it gave us something cohesive to work with in that it tells a story albeit a sad but very recognizable one."

Gentle Giant was formed by brothers Derek, Ray and Phil Shulman, in 1970, after they had been in the '60s British pop band Simon Durpree & The Big Sound. Also included in the group were Minnear, guitarist Gary Green, and (after a few different percussionists) drummer John Weathers. Eldest brother Phil Shulman left after the 2nd album, leaving the rest of the band to carry on and become one of the most popular progressive rock groups of that era selling over 3 million albums. They disbanded in 1980, when progressive music began to fall out of fashion with the general record buying public.

The members of the group all went on to successful post-Giant careers, including Derek Shulman who eventually became an A&R executive for Mercury Records, followed by President of Atco and Roadrunner;  and Ray Shulman became an acclaimed record producer (Sugar Cubes, Sundays etc) and video producer (Queen, Genesis, etc).  While all the members remain close friends and work together on maintaining and promoting the Gentle Giant catalog, they have all ruled out a reunion of the band due to their current commitments.