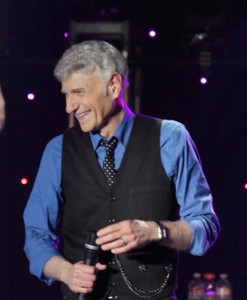 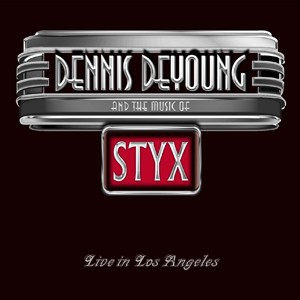 DENNIS DeYOUNG AND THE MUSIC OF STYX

Just days after its release on October 21st by Frontiers Music Srl, the Blu-Ray release of Dennis DeYoung And The Music Of STYX Live In Los Angeles, Canada has taken the former lead singer of that legendary band to the #1 position on Nielsen Soundscan’s Music Video chart.  The chart topping position marks the first time DeYoung has reached the #1 position in Canada since he launched his solo career in earnest in 1999.

“Merci beaucoup and thanks so much to my Canadian fans for their on going support,” says DeYoung, who has been touring in support of the new release since last summer. “In my solo career they have given me a triple platinum DVD, a platinum cd, a gold album, a number one single at 60 years of age and now this, a number one Blu-Ray! As we speak, I am having a giant fleur de lys and maple leaf tattooed on my forehead! You Canucks are the best. Cheers…”

The release is available in 2CD/DVD, Blu-ray and digital (audio only) formats.  Recorded and filmed for an October AXS-TV live concert special, these classic STYX songs were captured before an enthusiastic audience at the intimate El Rey Theater in Los Angeles on March 18th, 2014.

Captured with 8 cameras in Hi Def, the show features DeYoung performing the band’s catalog of classic rock hits that became a staple on radio during the 1970s and 80s. Among them: “Lady,” “Renegade,” “Blue Collar Man,” “Show Me The Way,” “Mr. Roboto,” “Too Much Time On My Hands,” “Babe,” “Best Of Times ,” “Come Sail Away” and many others. DeYoung, who began playing with the members of STYX in the early 1960s as a band called The Tradewinds, changed its name, wrote and sang the band’s breakthrough single, “Lady” in 1972. The group would go on to have over a dozen gold and platinum albums over the next twenty years. DeYoung left STYX in 1999.

View the Dennis DeYoung And The Music Of STYX- Live In Los Angeles Trailer: http://youtu.be/NsLmDiz9aeU