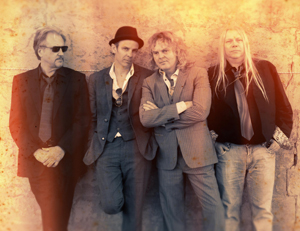 Canadian rockers, CONEY HATCH, have returned with Four, the band's first album of new studio material in nearly three decades.Â  Released by Frontiers Records, Four is a tour deÂ´force and the highly anticipated reunion disc from a band that many feel were among the best and biggest hard rock acts to ever emerge from Canada. Once dubbed "The Loudest Band in Toronto" CONEY HATCH is back with its unique brand of melodic riff-rock that first brought the band to the attention of critics and rock fans all over the world. Formed back in the early '80s in Toronto Canada, original members Andy Curran, Carl Dixon, Dave Ketchum and Steve Shelski released three albums on Anthem Records in Canada, and PolyGram for the rest of the world. The band toured relentlessly and played support slots on tour with the likes of Judas Priest, Iron Maiden, Accept, Ted Nugent and Cheap Trick to name a few.