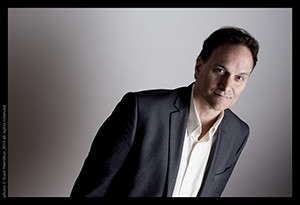 Acclaimed Jazz Drummer Bob Holz Releases A Vision Forward
New Album released on MVD Records features jazz icons Larry Coryell, Ralphe Armstrong, Mike Stern, Randy Brecker and others.
Bob Holz, popular drummer and band leader has formed  A Vision Forward an exciting new group that includes contributions from music legend Larry Coryell on guitar and Ralphe Armstrong (ex-Mahavishnu Orchestra)  on bass. A touring group has been formed after it played together on Holz’s forthcoming CD, also entitled A Vision Forward which also   Randy Brecker, Mike Stern and Steve Weingart.  The album will be released  in June 2016, via the international MVD Records label.
“To learn from the past,embrace the present and chart new musical exploration: This is the essence of my quest as a musician,” says Holz, who has  been playing professional for several decades.
Holz began his career in Boston attending Berklee. He went on to study with Billy Cobham in New York, and would go on to share the stage with Robben Ford, Les McCann, David Fat Head Newman, Cornell Dupree, Maria Muldaur, Dr. John and George Clinton/ Parliament Funk. Bob’s musical approach to drumming along with his compositions provide a perfect foundation for the musical explorations of fellow musicians Coryell and Armstrong.
Holz’s A Vision Forward band comes with some hefty credentials:  As one of the pioneers of jazz-rock, Larry deserves a special place in the history books. Throughout his career he released album after album, often playing alongside the very best jazz had to offer, including guitarists John McLaughlin, Eric Clapton, Jimi Hendrix, Paco De Lucia, Pat Metheny, Al Di Meola, John Abercrombie, Larry Carlton, Billy Cobham, Elvin Jones, and  Steve Gadd, Ron Carter and Chic Corea. In 1979 and 1980 he toured Europe with Paco De Lucia and John McLaughlin as part of a guitar super-trio, eventually releasing a video recorded at the Royal Albert Hall, London, which commemorated this “meeting of the spirits”.
In 1974, 16-year-old Ralphe Armstrong had just finished his musical studies in classical and jazz at Michigan’s Interlochen Arts Academy. He auditioned for and landed a spot with John McLaughlin’s Mahavishnu Orchestra, famously beating out a young Jaco Pastorius. “I got the job because I had a fretless bass,” remembers Ralphe. McLaughlin loved the sound, as did Jaco, who, as the story goes, went home and ripped the frets from his bass. In the next few years, Ralphe went on to tour and record with an endless list of illustrious names including Frank Zappa and the Mothers of Invention, Herbie Hancock, Jean-Luc Ponty, Santana and Beatles producer George Martin.
"Bob's album has a wonderful energy about it. His playing and tunes are a natural fit for what I do,” says Coryell.  Adds Ralphe Armstrong: "Bob makes my job easy.He lays down a great groove and has a unique ability to make good things happen in the studio and on stage".  Playing with some of his musical heroes has been nothing short of astounding for Holz: “Aside from being two of the nicest people I've worked with: Both Larry and Ralphe are a source of inspiration and creativity. The three of us have a special chemistry that leads to  interesting and sometime humorous  musical conversations. We try to keep it sounding fresh while breaking new ground".
Randy Brecker has been equally excited about working with Holz: "Always great to play on one of drummer/producer Bob Holz's projects. He's the centerpiece of a tight and swinging band and I can fit right in there with his creative concepts!"  Jazz great Mike Stern concurs: "Bob Holz plays his heart out and you can hear it on this album".
A passionate blend of fusion and contemporary jazz,  A Vision Forward  is a record that music enthusiasts won’t soon forget. From the Salsa flavored title track, through the reflective pieces such as “Sharing Sunsets” and the uptempo funk of  “Mighty Mojo,”   A Vision Forward  is just what its title suggest.  By blending the extraordinary musicianship of his bnd and special guests with infectious melodies and grooves, A Vision Forward  brings the  creative energy of Bob Holz  front and center. Both Bob Holz and this album are sure to make a lasting mark in the world of popular contemporary Jazz